Considering the number and breadth of articles on early Christianity published in Church History since its inception in 1932, the selection of a single theme for this virtual issue presented a daunting task. For suggestions, the editors turned to Elizabeth A. Clark, one of the world’s leading scholars of early Christianity, a former president of the American Society of Church History as well as the North American Patristics Society and a former editor of our journal when it was housed at Duke University from 1997 to 2004. Presented with over 150 articles on early Christianity from the past 70 years of the journal, Clark ultimately chose nine, around the interrelated themes of asceticism, monasticism and gender. While these issues have been central to her own scholarship and her many contributions to Church History, it has also been an area of vibrant scholarship in the journal for decades. 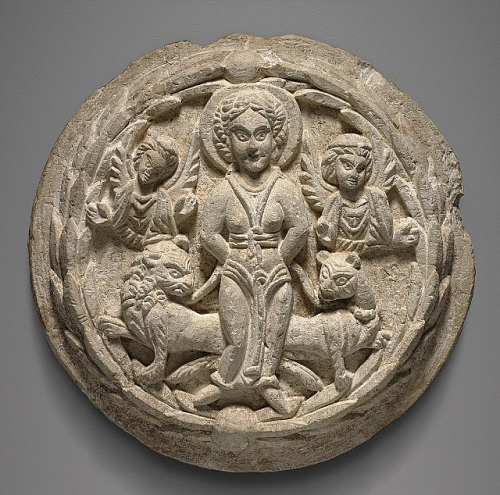 Since the 1950s, Church History has included more articles on aspects of this multi-dimensional theme than on any other single topic, including several relevant essays that could not be included here. For these reasons, and in honor of Professor Clark herself, we have chosen this aspect of early Christian history for our second virtual issue. To be sure, many other strong articles reflecting major themes and diverse trends have appeared in the journal over its almost century-long coverage of early Christianity. Among them, we considered the impact of social history; the ongoing importance of Origen; the rise of interest in extra-canonical literature; the interactions of Judaism and Christianity and of Christianity and Empire. Indeed, some of these important topics are also woven into the articles ultimately selected for this issue.

Several articles examine the diverse ascetic and monastic landscapes of Late Antiquity and highlight the distinctive place of women in these contexts. The first article chronologically introduces the pioneering work of Arthur Vööbus on the institution of the bnay and bnat qyama, sons and daughters of the covenant, examining the duties and activities of this committed community of ascetics within the ancient Syrian church. Two articles focus on the Egyptian monastic world. David Brakke studies the important, though often overlooked, sphere of monastic demonology, showing how diverse monastic teachers adapted older traditions of wisdom in guiding their disciples toward virtue—a journey which progressed from church to desert to cell as the locus of demonic resistance. Caroline Schroeder reassesses the monastic landscape for women arguing that the traditional categories used to classify Egyptian monastic life actually obscure the broad spectrum of female ascetic lifestyles and experiences. Focusing on widely varied settings, Anne Yarbrough and Andrea Sterk consider the roles and representations of very different types of ascetic women in multi-layered processes of Christianization—from high-ranking ascetic aristocrats in Rome to lowly female captives on the East Roman frontiers.

Central to many of the articles in this virtual issue is the work of Elizabeth Clark herself, especially her pathbreaking article “The Lady Vanishes: Dilemmas of a Feminist Historian after the ‘Linguistic Turn.’” Here Clark addresses historians of early Christianity who hope to locate “real” women’s voices or experiences in literary and rhetorically-informed texts about them. The challenge we face is that ancient Christian men used women “to think with,” and the subject of their ruminations was invariably male. Though we can never recover “real” women from the literary constructions of male elites, Clark concludes, historians can pursue the social and “theological logic” of early Christian texts about ascetic women through which “traces” of them may yet be found. Concluding the article, her masterful treatment of Macrina through the writings of her brother, Gregory of Nyssa, provides a model of how we might proceed.

David Hunter and Andrew Jacobs build on Clark’s insights and approach— Hunter by comparing the exegesis of Psalm 45 on the “virgin bride” in the writings of three western Christian authors engaged in fourth-century ascetic controversies, and Jacobs in his study of the letters of three prominent early fifth-century ecclesiastical writers to the ascetic noblewoman Demetrias, exiled in North Africa. Hunter and Jacobs, like Schroeder and Sterk, negotiate the challenges of rhetoric and representation in ancient Christian texts about ascetic women. Julia Kelto Lillis, meanwhile, addresses issues of language and translation in reconstructing Origen’s view of Mary’s virginity. By demonstrating divergent ancient models of female anatomy and a shift in the early Christian discourse of virginity, Lillis also challenges historians to be more attentive to particularity and variety rather than assume continuity in ancient Christian writers’ conceptual worlds.

While focused on asceticism, women, and gender, these articles also reflect the broad geographical and cultural scope of ancient Christianity—from Rome and North Africa in the west, to Egypt, Syria, and the Caucasus in the east. We are pleased to make them widely available for your research and teaching. At the same time, we hope this issue will encourage historians of early Christianity as well as other periods to consider Church History. Studies in Christianity and Culture as a venue for their work.

(In chronological order of publication)

Christianization in the Fourth Century: The Example of Roman Women

The Lady Vanishes: Dilemmas of a Feminist Historian after the “Linguistic Turn”

The Virgin, the Bride, and the Church: Reading Psalm 45 in Ambrose, Jerome, and Augustine

The Making of Monastic Demonology: Three Ascetic Teachers on Withdrawal and Resistance

Mission from Below: Captive Women and Conversion on the East Roman Frontiers

Women in Anchoritic and Semi-Anchoritic Monasticism in Egypt: Rethinking the Landscape